The 2012 studio is history, and we are ready - or rather ready enough - to run the news broadcasts from our new Studio D in MCB.

A fantastic job has been done by many in recent months, and not at least, the last week to get where we are right now. 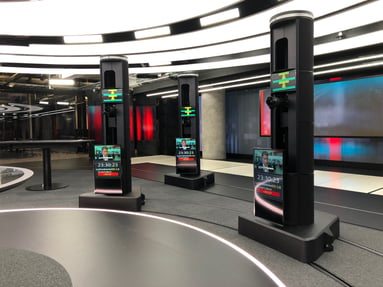 And as I see it, this will be very good and very close to what we envisioned when we started the project.

There will certainly be different reactions and perceptions of the new profile we present with graphics, vignettes, music, and studio design.

This project did not have the intention to revolutionize TV design, but rather to improve the tools we work with and how we work and appear in a studio.

The fact that the anchors are now surrounded by their colleagues at the same time as they present the news will create some challenges, but the feedback so far is largely positive.

The goal is for the viewers to experience that the anchors are happy with the situation and that they thus communicate even better. We will see if we can achieve this goal. We have faith!

Our new music is composed within the TV 2 walls and the graphics are almost pure TV 2 design. With some help from Sixty.

We have an enormous advantage of being able to develop this ourselves with a view to future use and renewal.

The main reason for doing something with our graphics has been to improve the way it is built. We have completely renovated it so that it will be easier to work and make changes when needed.

With the graphic design, we have wanted to create a simpler and clearer asset that can be used more consistently in all areas where we present news and sports news. People should easily recognize TV2 as the broadcaster.

Although the actual design of the on-air graphics is relatively classic news design on TV, we have tried to make the elements so that things flow better and so that we can have both discreet and clear shifts in the graphics. 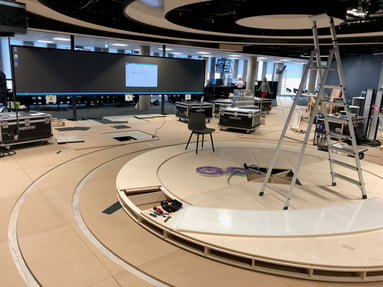 The vignettes as they will appear in the first weeks are unfortunately not as they should be in the future.

The ones we will drive in the beginning work fine, but they should really be a combination of live camera runs in the studio and graphics on top of that.

But here we have not had time to complete the technology needed to implement this. It's about tracking data and physical testing of the new robot cameras we use.

When we get this in place, we think we get a very cool vignette that represents something quite new in live news production.

We get to look at this as if we do not fire off all the gunpowder at once and that more will come eventually.

The mentioned tracking data will also give us opportunities to run virtual graphics inside the video walls in the studio - so that these have a 3D space inside.

And we will also have the opportunity to run AR graphics (Augmented Reality) which will simply be able to connect graphics elements to the physical space.

Both share exciting and good visuals to tell stories in a different way. But this too will come later.

Electric Friends are our new friends in the studio. Not a new way to run a camera, but a much better and more user-friendly way to use camera rails. 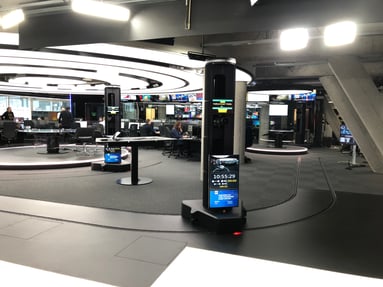 No unsightly and annoying cables to trip over. They are hidden down in the rail, and we have no high or deep tracks you can trip over.

These camera columns also have a design that means that it does not matter much whether they are included in the image or not.

This way of driving a camera is a completely new technology, so we are the first to try it out. We're approximately running the prototype in the studio.

Most people have probably noticed that we have a spectacular light rig.

When we get this fine-tuned, it will look beautiful, and we get a room that becomes very flexible to go from position-to-position. 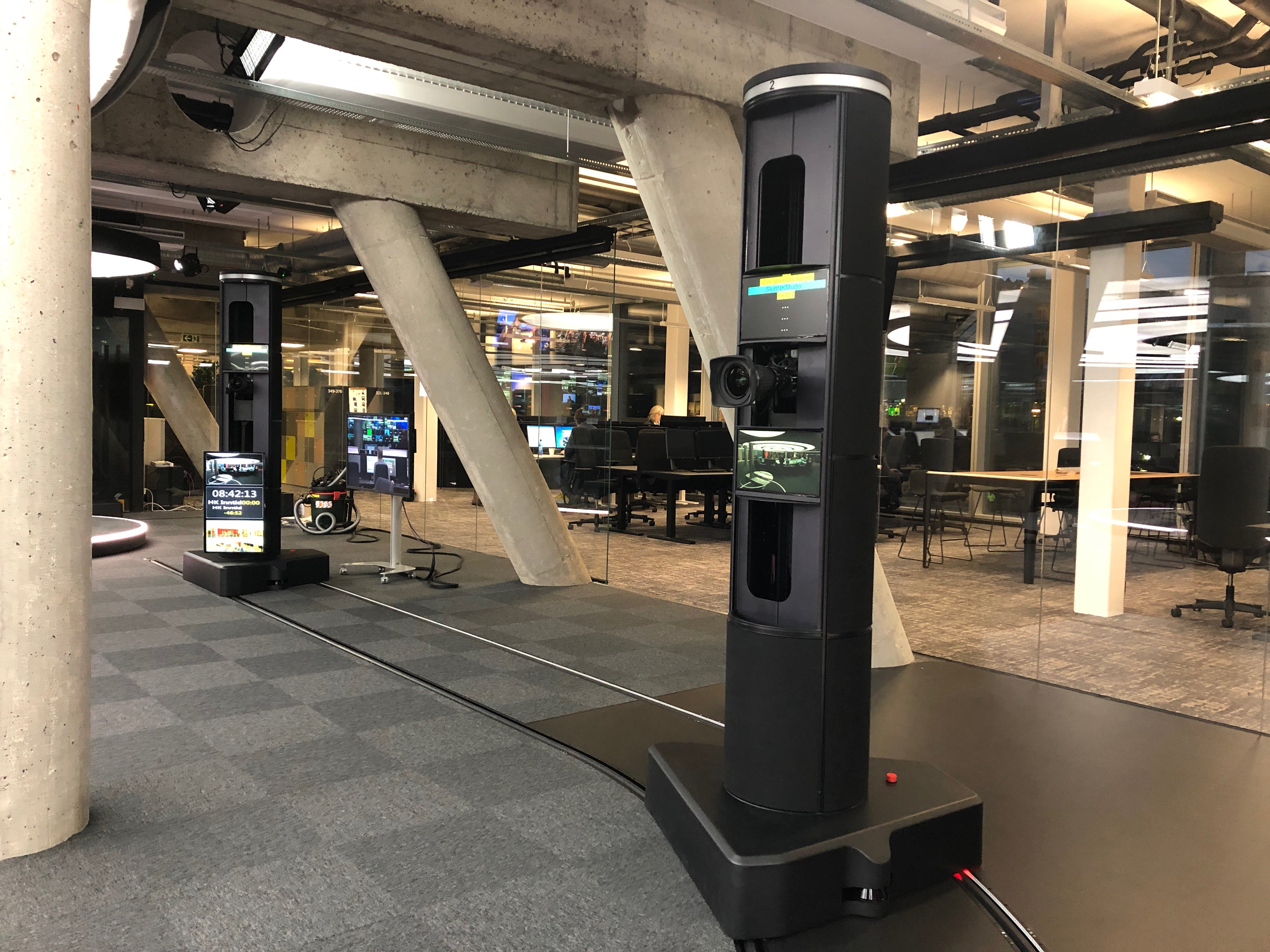 Even though a lot is in place for the first broadcast, we still have some small debris around the studio itself that needs to be improved.

Also, in the office premises outside, the areas that are included in some of the camera shots from the studio will be enhanced with lights or screens to complete the picture.

Very many names could have been mentioned by those who have made this happened. Those involved know it themselves and they should of course get all the cred they deserve.

I must highlight those in Technology who have been working to make this happen to this date. They have an enormous amount of knowledge and what they have achieved in such a short time is incredible and unique, with so few people.

Finally, I want to mention ONE name. Anders Tomren is a studio designer and the creative soul behind what we will see in the studio tonight.

He has had a thousand irons in the fire the last year, faced with countless challenges, rod out, misunderstandings, clutter and deliveries that did not come when they should have, etc. But still made this happen.

On top of setting up the PL studio and GMN studio in August, and now the desk studio, he has also been the inventor and innovator of Electric Friends.

That this man has had the capacity for all this is just unbelievable and incomprehensible. I and many others have been skeptical that this would be up and running by mid-November, but now we are there. Respect!

This will be incredibly fun. Good luck everybody!

Head of  graphics and studio design, News and Sports

TV 2 get a news studio