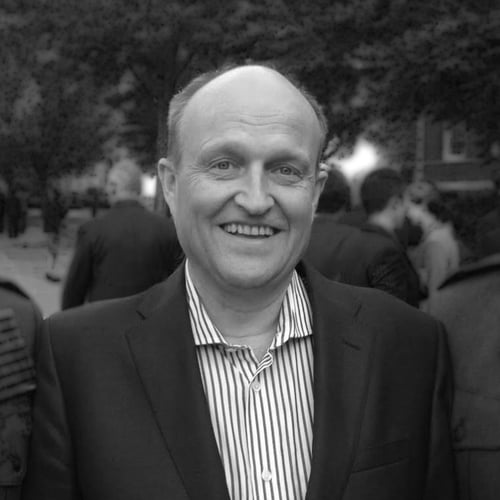 After Bergen College of Engineering, he traveled to Rapid City, South Dakota, and graduated with a master's degree in electrical engineering. He has an M.Sc. in Computer Science, and he has since taken the Solstrand program and the Advanced Management Program at Harvard.

After a few years of developing at CMR, among others, John stuck to the technical or general management of TV technology companies in their early stages; Nera's satellite department in Bergen, TV 2's network department, and Norway's television/Riks-TV as technical director.

As CEO and founder of Mosart Medialab, John led Mosart from start-up in 2007 through accelerated growth to $ 9 million in revenue and a 30 % net margin in Mosart's last independent year of 2013. Through a good concept, relation-based commercial international sales, proper public tendering, and customer-focused R&D, Mosart obtained the largest news organizations in the world as customers. Contributed to the sale of Mosart to Vizrt ultimo 2013 - primo 2014 with a realization value 125 times the original 1 MNOK investment.

Since 2014 he worked as a consultant with his technology company Jago AS.